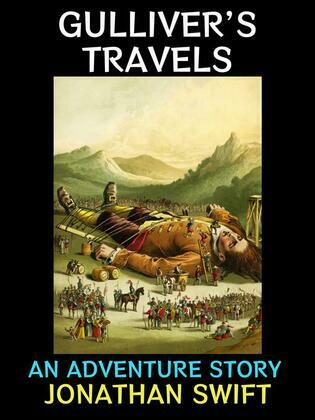 Gulliver’s Travels by Jonathan Swift. Gulliver has an itch to travel around the world, but whenever he steps on a ship, bad luck seems to find him. He is shipwrecked, abandoned, marooned, and mutinied against, and each time lands in a strange and curious place. First he discovers the kingdom of the six-inch-tall Lilliputians, then the country of the giant Brobdingnagians, then the island of the academic Laputans, which floats in the sky, and finally the noble realm of the horselike Houyhnhnms. Who knew there were so many unusual creatures under the sun?