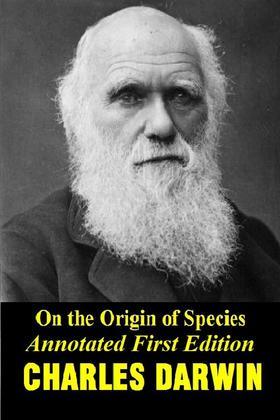 On the Origin of species

This is the first edition of Charles Darwin's On the Origin of Species, published on November 24, 1859 in London by John Murray. It is a seminal work in scientific literature and a landmark work in evolutionary biology. It introduced the theory that populations evolve over the course of generations through a process of natural selection. It presented a body of evidence that the diversity of life arose by common descent through a branching pattern of evolution.

The starting chapters introduce the theory of natural selection, explaining why certain species thrive, while others decrease in number, how the members of nature are in competition with each other and why organisms tend to vary and change with time. Much of this work is based on experiments and observations seen within domestic animals and plants.

The later chapters defend the theory of natural selection against apparent inconsistencies, why geological records are incomplete, why we find species so widespread and how sterility can be inherited when the organisation is unable to reproduce and more.

The book is approachable for any audience.