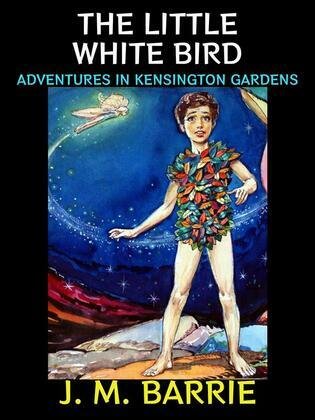 The Little White Bird by J. M. Barrie. The Little White Bird is a novel from J.M. Barrie that was published in 1902. It ranged from fantasy and whimsy to social comedy and dark aggressive undertones. It mostly achived fame from several chapters that was written in a softer tone than the rest of the book, which introduce the character and mythology of Peter Pan . The chapters were later published as Peter Pan In Kensington Gardens as a children's book. The Peter Pan story started as a chapter of a longer work in the four years that Barrie worked on the book proir to publication that grew to an "elaborate book-within-a-book" of over a hundred pages. The book was completed and published under the title The Little White Bird, Or Adventures In Kensington Gardens.