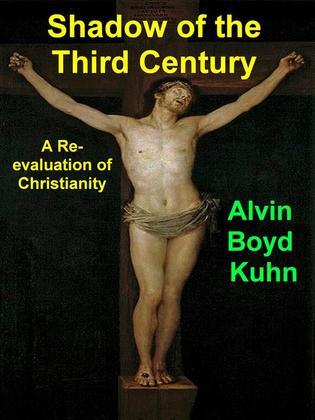 Shadow of the Third Century: A Revaluation of Christianity

This book argues that the later Church-Fathers and others copied and distorted elements from the pagan religions and missed the essence of religion: the re-connection of the human mind to the inner Christos; and converted allegory into "history". Whether one agrees with this controversial assessment or not, it is important to understand this viewpoint. Overall, the book seeks to serve as a “clarion call to the modern world to return to the primitive Christianity which the founder of Christian theology, Augustine, proclaimed had been the true religion of all humanity.”