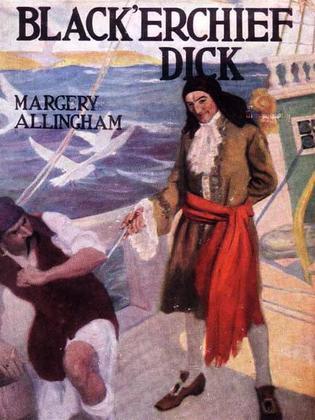 First published in 1923, this is Margery Allingham's first novel, written at the age of nineteen. Preceding her much adored Albert Campion series, Blackkerchief Dick is a standalone novel that showcases the author's raw and evergreen writing. Centering on a group of smugglers on Mersea Island in the 17th century, Allingham explores how true love and friendship can be found in the darkest of places.

With romance, heartbreak and adventure on an even keel, Blackkerchief Dick ticks along to the beat of a smuggler's life; murder, rum, and the old call of the sea. Inspired by a series of seances held by the Allingham family while on holiday on Mersea.