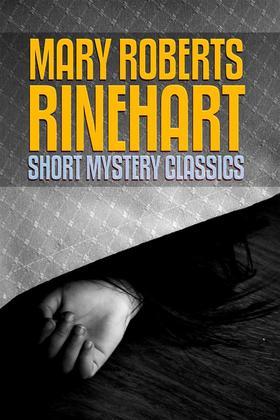 Rinehart is considered the source of the phrase "The butler did it" from her novel The Door (1930), although the novel does not use the exact phrase. Rinehart is also considered to have invented the "Had-I-but-Known" school of mystery writing, with the publication of The Circular Staircase (1908).

At her prime, Rinehart was said to be even more famous than her rival, the great Agatha Christie. At the time of Rinehart's death, her books had sold over 10 million copies.

During the stock market crash of 1903, the couple lost their savings, spurring Rinehart's efforts at writing as a way to earn income. She was 27 that year, and produced 45 short stories. In 1907, she wrote The Circular Staircase, the novel that propelled her to national fame.

AMY HAD RUN ALL THE WAY BACK from the party but when she reached the corner she knew she was too late. The big red house was brightly lighted, a car she recognized as the doctor’s was in the drive, and a police siren was shrieking and coming closer.

She was gasping for breath as she stood there, her knees shaking under her, and her face, had anyone seen it, showing complete despair. There was no one near, however. It was the dinner hour for the unfashionable neighborhood, which ate between six and seven. The bitter cold had driven even the dogwalkers inside, and the police car had not yet appeared, although the siren sounded closer.

She tried to think, standing there in her mink coat and with the wind blowing the feathers of her party hat in every direction. She looked precisely what she was, a stoutish handsome woman in her thirties, with a square jaw and a rather bitter mouth, who had obviously been to a smart reception and was on her way home. Only she was not going home; not to face the police, or the doctor, or—

Her mind stopped there, as if it could not go on. But she dared not stay where she was. She turned and gasped her way around the corner, walking stiffly, not noting where she was going. After a few blocks she found herself in front of an apartment house, and stood there staring at it...

- If Only It Were Yesterday

- Murder and the South Wind