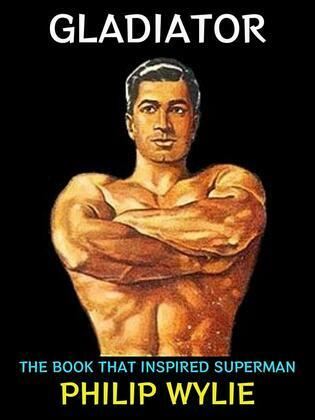 Gladiator by Philip Wylie. First published in 1930, Gladiator is the tale of Hugo Danner, a man endowed from birth with extraodinary strength and speed. But Danner is no altruist. He spends his life trying to cope with his abilities, becoming a sports hero in college, later a sideshow act, a war hero, never truly finding peace with himself. The character of Danner inspired both Superman's creators, and Lester Dent's Doc Savage. But Wylie, an editor with the New Yorker, sought to develop more than a pulp hero. His Gladiator provides surprising insights into the difficulties suffered by the truly gifted when born in our midst.

This novel is widely assumed to have been an inspiration for Superman.