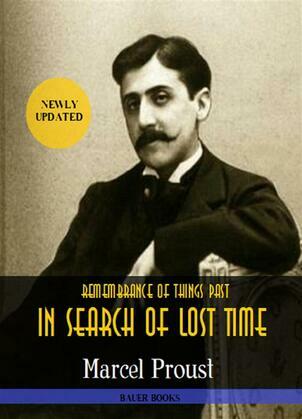 Marcel Proust: Remembrance of Things Past

by Marcel Proust (Author), Bauer Books (Author)
Buy for €0.36 Excerpt
Nonfiction Arts Performing arts Screenplays History History by country Europe France
warning_amber
One or more licenses for this book have been acquired by your organisation details

In Search of Lost Time follows the narrator's recollections of childhood and experiences into adulthood in the late 19th century and early 20th century aristocratic France, while reflecting on the loss of time and lack of meaning to the world.

This book contains the complete novel: