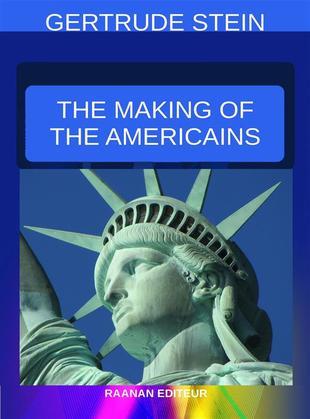 The Making of the Americans

The Making of Americans: Being a History of a Family's Progress is a modernist novel by Gertrude Stein. The novel traces the genealogy, history, and psychological development of members of the fictional Hersland and Dehning families. Stein also includes frequent metafictional meditations on the process of writing the text that periodically overtake the main narrative.

Stein employs a limited vocabulary and relies heavily on the technique of repetition. Her unusual use of the present participle is one of the most commonly noted features of the text.

The book contains many autobiographical elements. Some scholars argue that David Hersland is a fictional representation of Gertrude Stein's brother Leo.Gossols, the Western city that the Hersland family calls home, is said to be a stand-in for the Steins' hometown of Oakland, California.