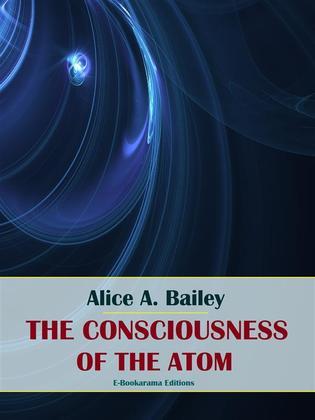 The Consciousness of the Atom

"The Consciousness of the Atom" was delivered as a series of weekly lectures in 1921 and 1922, and published later in 1922. Bailey, even at this point in her career, shows a mature grasp of esoteric issues, and deftly brings in scientific concepts such as radioactivity and the fourth dimension. Unlike some other authors of this genre, she invokes leading-edge science when it moves the argument ahead, not to impress the reader with her erudition, or to baffle the audience with irrelevant facts.

She sees the universe as alive at all scales of existence. While the comparison of an atom to a solar system no longer holds true, her vision of how consciousness evolves even in the micro-scale and macro-scale, and how that is mirrored in the tripartite human being, is a lucid explanation of an occult world-view expressed by many other thinkers.