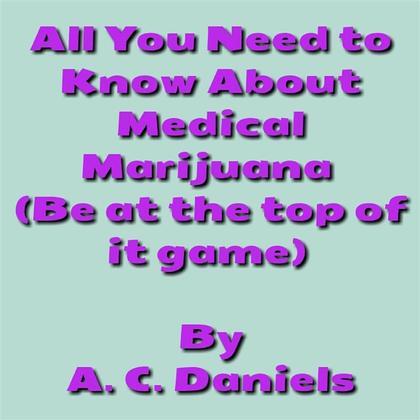 All You Need to Know About Medical Marijuana

Cannabis, Cannabis, Cannabis! Only very few of us wouldn’t have heard about this psychoactive weed or herb. Irrespective of how much restrictions are placed on it by the government of our various countries, it had still found a way or two in crossing borders and reaching our states, towns, cities, and streets.

A lot of us are with the notion that this psychoactive weed is completely harmful and addictive. We mostly believe that nothing good can come out of Cannabis consumption. This is as a result of the heavy campaign levied against it by the government and other competing industries. However, this assumption they’ve fed you with is not true. This Handbook would enlighten you and show you how much of a benefit Marijuana would give you as a grower and a consumer.

As a beginner, this Handbook would take you through an exciting phase which will enable you to become familiar with the guidelines that come with growing Cannabis both indoors and outdoors. Be rest assured, this book is committed to making you become an expert grower in your own category.

At the end of this Handbook, you would be able to grow your Cannabis on your own, know which strains are best for which soil condition, and know which nutrients (organic and inorganic) are perfect for the maintenance of your plants.

With Cannabis painted black all over the world, this book will broaden your horizon along those myths and contradictions, thereby ensuring you are well versed with the policies and enactments issued against the psychoactive herb.

Have you ever heard of Medical Marijuana? If no, then there is no need to panic. This Handbook would go into details as it will make you become conversant with its origin, development, and progress as of today. Nothing beats being knowledgeable in the things that revolve around you.

Marijuana is sold in every nook and crannies of your city, you must have seen boys passing it around after taking a long drag amongst one another, and also seen how it distributors shy away from the authorities. Instead of making up your mind about them, this Handbook will show you why such actions take place today.

You just don’t bury the seeds on the ground, it far more than that. It requires a process that is attributed to care, attention, tenderness, and carefulness. Growing Marijuana is no joke. It might become tiring and stressful from the start but trust me, the end result will be equally rewarding.