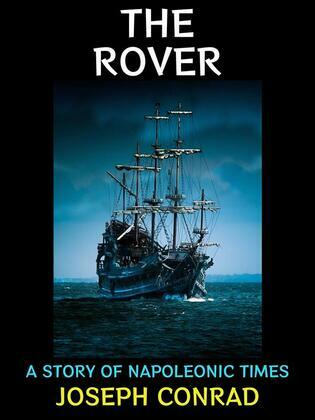 The Rover by Joseph Conrad. Peyrol is a Master-Gunner French Republican Navy and a pirate. He longs to escape his violent life and settle down on a farm far away from the ocean and the violence he has known all his life. This struggle for freedom and peace plays out against the backdrop of the French Revolution and Napoleon’s rise to power. Peyrol must fight for redemption and dignity on this his final voyage. The Rover is the last completed novel by Joseph Conrad, written between 1921 and 1922.