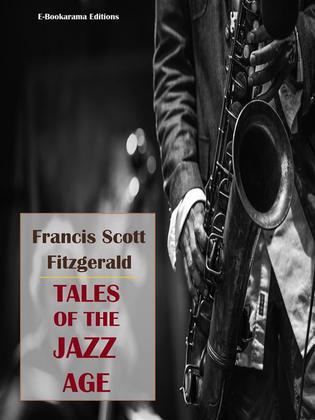 Tales of the Jazz Age

First published in 1922, "Tales of the Jazz Age" is the second collection of short works by American author Francis Scott Fitzgerald. Although the title of the collection alludes to the 1920s and the flapper era, all but two pieces were written before 1920.

The best-known of the tales is the critically acclaimed short story The Diamond as Big as the Ritz. Also included are the novella May Day, several sketches Fitzgerald had written in college, and two minor short plays. The collection was published to coincide with release, also in 1922, of Fitzgerald’s novel "The Beautiful and Damned".

The book is divided into three parts, according to subject matter: My Last Flappers (The Jelly-Bean, The Camel's Back, May Day, and Porcelain and Pink), Fantasies (The Diamond as Big as the Ritz and The Curious Case of Benjamin Button), and Unclassified Masterpieces (The Lees of Happiness, Mr. Icky, and Jemina the Mountain Girl).