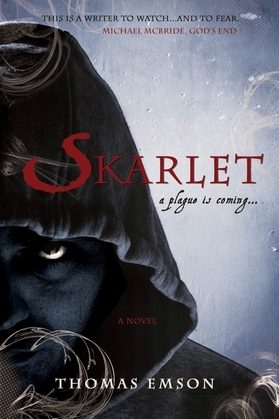 When a new drug starts turning users into vampires, it's open season on the living in this action-packed thriller in the tradition of Jonathan Maberry and The Walking Dead

Fear grips London as dozens of people die after taking a sinister new drug called Skarlet. But that's only the beginning. Forty-eight hours later, the dead partiers wake up and begin butchering the living for their blood. Soon, London gives a name to its terror: Vampires.

Jake Lawton, bitter and betrayed after the Iraq War, finds himself fighting another battle - against the growing army of immortal hunters and their human cohorts. Lawton joins forces with the journalist who brought about his downfall and the dealer tricked into distributing the drug. Together they take on the spineless authorities, the ruthless cohorts, and the hungry dead. But the vampire plague unleashed in London is nothing to what lurks beneath the streets. Waiting to be fed ...Waiting to be resurrected ...Waiting to reign again over a city of human slaves.