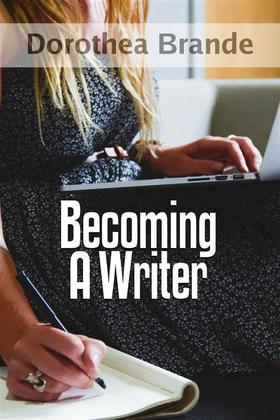 How to Quickly Learn the Magic of Writing Success

For most of my adult life I have been engaged in the writing, the editing, or the criticizing of fiction.

I took, and I still take, the writing of fiction seriously.

The importance of novels and short stories in our society is great. Fiction supplies the only philosophy that many readers know; it establishes their ethical, social, and material standards; it confirms them in their prejudices or opens their minds to a wider world.

The influence of any widely read book can hardly be overestimated. If it is sensational, shoddy, or vulgar our lives are the poorer for the cheap ideals which it sets in circulation; if, as so rarely happens, it is a thoroughly good book, honestly conceived and honestly executed, we are all indebted to it.

The movies have not undermined the influence of fiction. On the contrary, they have extended its field, carrying the ideas which are already current among readers to those too young, too impatient, or too uneducated to read.

So I make no apology for writing seriously about the problems of fiction writers. But until two years ago I should have felt apologetic about adding another volume to the writer's working library.

During the period of my own apprenticeship


In short, I have had firsthand experience with almost every current "approach" to the problems of writing. My bookshelves overflow with the works of other instructors whom I have not seen in the flesh.

But two years ago I began, myself, to teach a class in fiction writing.

Nothing was further from my mind, on the evening of my first lecture, than adding to the top-heavy literature on the subject. Although I had been considerably disappointed in most of the books I had read and all the classes I had attended, it was not until I joined the ranks of instructors that I realized the true basis of my discontent.

That basis of discontent was that the difficulties of the average student or amateur writer begin long before he has come to the place where he can benefit by technical instruction in story writing.

In the opening lecture, within the first few pages of his book, within a sentence or two of his authors' symposium, he will be told rather shortly that "genius cannot be taught"; and there goes his hope glimmering. For whether he knows it or not, he is in search of the very thing that is denied him in that dismissive sentence.

...[T]he disclaimer that genius cannot be taught, which most teachers and authors seem to feel must be stated as early and as abruptly as possible, is the death knell of his real hope.

He had longed to hear that there was some magic about writing, and to be initiated into the brotherhood of authors.

This book, I believe, will be unique; for I think he is right. I think there is such a magic, and that it is teachable. This book is all about the writer's magic.