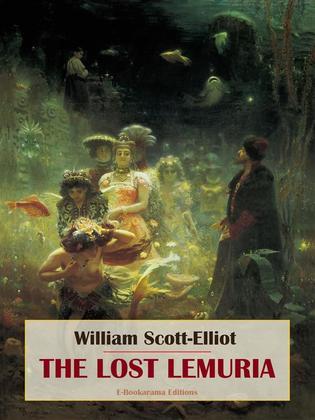 A theosophist and believer of the Occult, Wlilliam Scott-Elliot gives us in "The Lost Lemuria", first published in 1904, a description of Lemuria, along with what he considers evidence of this.

The Theosophists believed they were descendants of the Aryans, and that the Aryans had originally come from Atlantis and Lemuria. Atlantis and Lemuria (also called Mu) were continents in the Atlantic and Pacific oceans that were supposedly destroyed in great catastrophes in prehistoric days and sank beneath the sea. They were said to be highly advanced civilizations, capable of many things not possible in later days.

The object of "The Lost Lemuria" is not so much to bring forward startling information about the lost continent of Lemuria and its inhabitants, as to establish by the evidence obtainable from geology and from the study of the relative distribution of living and extinct animals and plants, as well as from the observed processes of physical evolution in the lower kingdoms, the facts stated in The Secret Doctrine and in other works with reference to these now submerged lands.