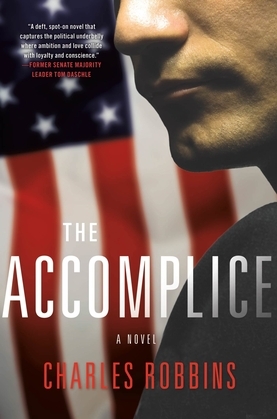 In this stellar debut by journalist turned Washington insider and political writer Charles Robbins, an eager politico finds himself on the rise only to discover the perilous costs of success.

When Henry Hatten wangles a job as communications director for Nebraska SenatorTom Peele's presidential campaign, he breathes a huge sigh of relief. Smarting over a recent gubernatorial campaign in which his pulling a political punch may have cost his boss the race, he's thrilled to be back in action.

This time around, Henry is determined to shuck his ethical qualms. But he soon finds he's facing more than he imagined. The new gig turns out to be rife with scandal and corruption? just the kind of politics Henry so fervently sought to banish. Events go from bad to worse as the depths of greed emerge, tracking the acceleration and excitement in the campaign itself. Led by a ruthless chairman and filled with warring aides, hired thugs, fractious union bosses, and snooping reporters, the Peele campaign is shaping up to be quite the circus. And that's before Henry's ex arrives on the scene . . .
But when someone close to the campaign is murdered, Henry can no longer turn a blind eye. As he conducts his own covert investigation, still more secrets emerge. So deeply entrenched in the politics and manipulation, Henry must face a staggering reality in which his values are no longer his own. But can he extricate himself and salvage the career he loves? And can he do so with his soul intact? A brilliantly plotted and characterized political novel, The Accomplice takes readers into the guts of a brutal presidential campaign.