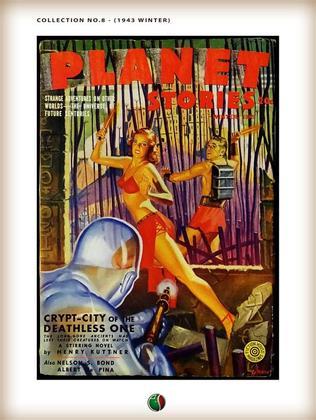 Revolt would soon flare on Callisto, and Peter Dnane held a secret that would make the uprising a success or failure. But he could make no move, his memory was gone—he didn’t know for whom he fought.

Two families fought for title to Eros; and the unscrupulous United Ores Corporation wanted hoth to fail the Land-Grant requirements. Then came a situation that none could foresee, and—

One man had to die on Uranus’ frozen wastes, so that his partner might live

The destiny of a dying world lay in another—one which could not control its own.