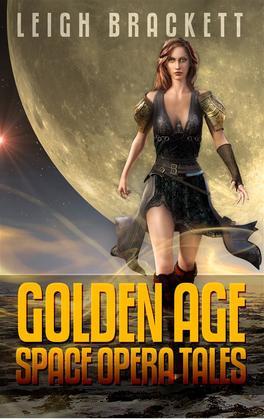 She also worked on an early draft of The Empire Strikes Back (1980), elements of which remained in the film; she died before the film went into production. She was the first woman shortlisted for the Hugo Award.

The term has no relation to music, as in a traditional opera, but is instead a play on the terms "soap opera", a melodramatic television series, and "horse opera", which was coined during the 1930s to indicate a clichéd and formulaic Western movie. Space operas emerged in the 1930s and continue to be produced in literature, film, comics, television, and video games.

The pulps gave rise to the term pulp fiction. Pulps were the successors to the penny dreadfuls, dime novels, and short-fiction magazines of the 19th century. Although many writers wrote for pulps, the magazines were proving grounds for those authors like Robert Heinlein, Louis LaMour, "Max Brand", Ray Bradbury, Philip K. Dick, and many others. The best writers moved onto longer fiction required by paperback publishers. Many have never been out of print, even long after their passing.

- TERROR OUT OF SPACE

- THE CITADEL OF LOST SHIPS

- CHILD OF THE SUN

- LORD OF THE EARTHQUAKE

- THE JEWEL OF BAS