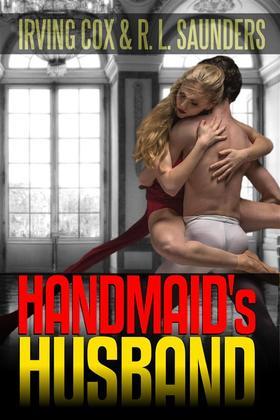 George overheard one of the women say, "It's always like this. They take something so our serum can't be effective."

Later that afternoon George found a scrap of paper in his mother's garden. It had blown out of the bonfire which the Morals Squad made of the papers they took out of the house next door. The burned page had apparently been part of an informational bulletin, compiled by the bachelors for distribution among themselves.

"… data compiled from old publications," the fragment began, "and interpreted by our most reliable authorities."

At that point a part of the page was burned away. "… and perhaps less than ninety years ago men and women lived in equality. The evidence on that point is entirely conclusive. The present matriarchy evolved by accident, not design. Ninety years ago entertainment and advertising were exclusively directed at satisfying a woman's whim. No product was sold without some sort of tie-in with women. Fiction, drama, television, motion pictures—all glorified a romantic thing called love. In that same period business was in the process of taking over government from statesmen and politicians. Women, of course, were the stockholders who owned big business, although the directors and managers at that time were still men—operating under the illusion that they were the executives who represented ownership. In effect, however, women owned the country and women governed it; suddenly the matriarchy existed. There is no evidence that it was imposed; there is no suggestion of civil strife or… ."

More words burned away. "However, the women were not unwilling to consolidate their gains. Consequently the popular clichés, the pretty romances, and the catchwords of advertising became a substitute for reality. As for the compound… ."

There the fragment ended...

- The Instant of Now