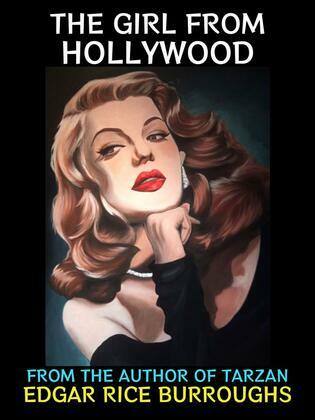 The Girl from Hollywood

The Girl from Hollywood by Edgar Rice Burroughs. The story alternates between the all-American Pennington family on their remote California ranch and a young Hollywood actress. The Penningtons have a beautiful estate, and affectionate relationships with their children, Custer and Eva. Custer has had an "understanding" with neighbor and childhood friend Grace Evans for a long time, but she finally confides that she wants to try being an actress before she agrees to settle down on the ranch. Her brother Guy is an aspiring writer. He has just purchased some bootleg booze, and shares it with Custer, although both Grace and Custer's mother have observed that he has a drinking problem. Bit-part actress Shannon Burke, known on the screen as Gaza de Lure, remembers her Hollywood history. She had come for fame. She refused to trade sexual favors for work, and found that she could not get better roles. Actor-director Wilson Crumb was the first to behave decently to her, as a gentleman. He got her a contract with his company, and gradually increased his attentions to her. Finally, he gave her powder, saying it was aspirin, and over several days intentionally got her hooked on cocaine. To keep her drug supply steady she angrily agreed to visit him during the day, but refused to live with him, going home each night to her own place. Eventually, she began selling cocaine, morphine and heroin for him.