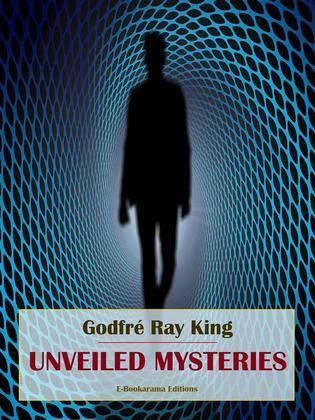 First published in 1934, "Unveiled Mysteries" is the first book in the I AM series written by Guy Warren Ballard under the name Godfré Ray King. It would be followed by "The Magic Presence" in 1935.

Guy Warren Ballard was an American mining engineer who, with his wife Edna Anne Wheeler Ballard, founded the "I AM" Activity.

"Unveiled Mysteries" describes an encounter between the author and St. Germain, an Ascended Master, virtually a God, who is able to manipulate the fabric of reality. The author describes a series of astral trips in time and space with St. Germain, to lost civilizations in South America and the Sahara, as well as well-stocked bunkers of the ancients in the Grand Tetons, Yellowstone, and Mount Shasta. The author and St. Germain revisit past lives as citizens of Atlantis and Mu, and they turn out to be relatives. A final chapter mentions encounters with entities from Venus.