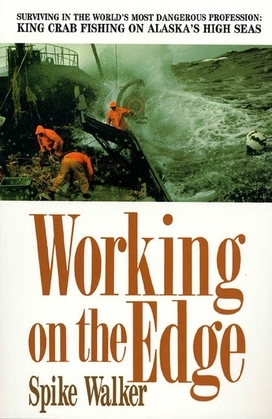 Working on the Edge

No profession pits man against nature more brutally than king crab fishing in the frigid, unpredictable waters of the Bering Sea. The yearly death toll is staggering (forty-two men in 1988 alone); the conditions are beyond most imaginations (90-mph Arctic winds, 25-foot seas, and super-human stretches of on-deck labor); but the payback, if one survives can be tens of thousands of dollars for a month-long season.

In a breathtaking, action-packed account that combines his personal story with the stories of survivors of the industry's most harrowing disasters, Spike Walker re-creates the boom years of Alaskan crab fishing--a modern-day gold rush that drew hundreds of fortune-and adventure-hunters to Alaska's dangerous waters--and the crash that followed.