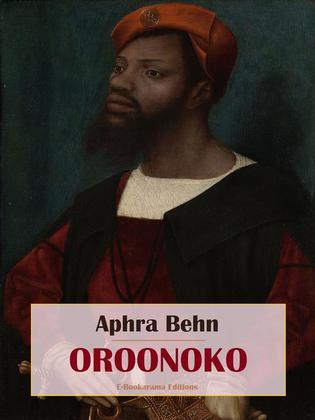 "Oroonoko" (or, the Royal Slave) is an early example of the novel genre, written by Aphra Behn and published in 1688.

It is a seventeenth-century novella that tells the story of the eponymous hero, the prince and heir to the throne of the African country of Cormantien. Oroonoko’s story is related to us by a nameless female narrator (possibly Aphra Behn herself), the daughter of the Lord Governor of Surinam, an English colony where Oroonoko will find himself a slave.

Oroonoko’s tale is one of an exemplary man who falls in love with an exceptional woman, Imoinda. However, their love is thwarted by Oroonoko’s grandfather, the king, who desires Imoinda for himself. Despite the fact that Oroonoko and Imoinda are married, the King forces her to become part of his Otan, or harem, separating them. Imoinda refuses to submit to his desires, and Oroonoko manages to break into the Otan and consummate his marriage. As punishment, the King pretends to put Imoinda to death, when he has actually sold her into slavery.

Oroonoko is overcome by grief and distracts himself with the friendship of an English sea captain, who ultimately tricks the prince into slavery...

"Oroonoko" is considered Behn’s most significant novel and a masterpiece of British literature.