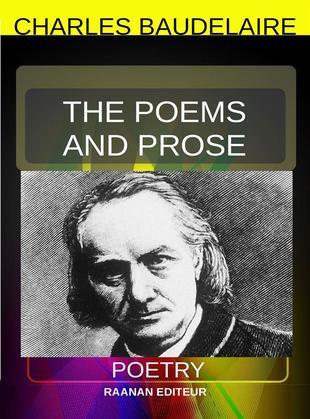 The Poems and Prose

Le Spleen de Paris, also known as Paris Spleen or Petits Poèmes en prose, is a collection of 50 short prose poems by Charles Baudelaire. The collection was published posthumously in 1869 and is associated with literary modernism.

He said of his work: "These are the flowers of evil again, but with more freedom, much more detail, and much more mockery." Indeed, many of the themes and even titles from Baudelaire's earlier collection Les Fleurs du mal are revisited in this work.

These poems have no particular order, have no beginning and no end and they can be read like thoughts or short stories in a stream of consciousness style. The point of the poems is "to capture the beauty of life in the modern city," using what Jean-Paul Sartre has labeled as being his existential outlook on his surroundings.

Published twenty years after the fratricidal June Days that ended the ideal or "brotherly" revolution of 1848, Baudelaire makes no attempts at trying to reform society he has grown up in but realizes the inequities of the progressing modernization of Paris. In poems such as "The Eyes of the Poor" where he writes (after witnessing an impoverished family looking in on a new cafe): "Not only was I moved by that family of eyes, but I felt a little ashamed of our glasses and decanters, larger than our thirst...", showing his feelings of despair and class guilt...