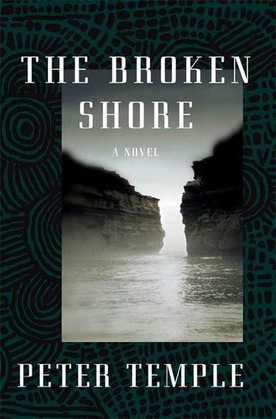 Peter Temple is currently being hailed as the finest crime writer in Australia, but it won't be long before he is recognized as what he really is?one of the nation's finest writers, period. Born in South Africa, Temple is writing a dynamic kind of literary thriller that ultimately defies classification.

The Broken Shore, his eighth novel, revolves around big-city detective Joe Cashin. Shaken by a scrape with death, he's posted away from the Homicide Squad to the quiet town on the South Australian coast where he grew up. Carrying physical scars and more than a little guilt, he spends his time playing the country cop, walking his dogs, and thinking about how it all was before. But when a prominent local is attacked in his own home and left for dead, Cashin is thrust into what becomes a murder investigation. The evidence points to three boys from the nearby aboriginal community?everyone seems to want to blame them. Cashin is unconvinced, and soon begins to see the outlines of something far more terrible than a burglary gone wrong.

Winner of the Colin Roderick Award for Australian writing as well as Australia's major prize for crime fiction, the Ned Kelly Award, The Broken Shore is a transfixing and moving novel about a place, a family, politics and power, and the need to live decently in a world where so much is rotten.