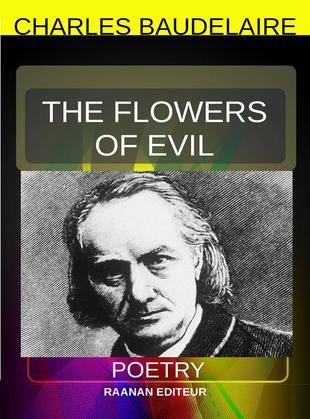 The Flowers of Evil

Baudelaire was a slow and very attentive worker. However, he often was sidetracked by indolence, emotional distress and illness, and it was not until 1857 that he published Les Fleurs du mal (The Flowers of Evil), his first and most famous volume of poems. Some of these poems had already appeared in the Revue des deux mondes (Review of Two Worlds) in 1855, when they were published by Baudelaire's friend Auguste Poulet Malassis. Some of the poems had appeared as "fugitive verse" in various French magazines during the previous decade.

The principal themes of sex and death were considered scandalous for the period. He also touched on lesbianism, sacred and profane love, metamorphosis, melancholy, the corruption of the city, lost innocence, the oppressiveness of living, and wine. Notable in some poems is Baudelaire's use of imagery of the sense of smell and of fragrances, which is used to evoke feelings of nostalgia and past intimacy.

The book, however, quickly became a byword for unwholesomeness among mainstream critics of the day. Some critics called a few of the poems "masterpieces of passion, art and poetry," but other poems were deemed to merit no less than legal action to suppress them. J. Habas led the charge against Baudelaire, writing in Le Figaro: "Everything in it which is not hideous is incomprehensible, everything one understands is putrid." Baudelaire responded to the outcry in a prophetic letter to his mother:

"You know that I have always considered that literature and the arts pursue an aim independent of morality. Beauty of conception and style is enough for me. But this book, whose title (Fleurs du mal) says everything, is clad, as you will see, in a cold and sinister beauty. It was created with rage and patience. Besides, the proof of its positive worth is in all the ill that they speak of it. The book enrages people. Moreover, since I was terrified myself of the horror that I should inspire, I cut out a third from the proofs. They deny me everything, the spirit of invention and even the knowledge of the French language. I don't care a rap about all these imbeciles, and I know that this book, with its virtues and its faults, will make its way in the memory of the lettered public, beside the best poems of V. Hugo, Th. Gautier and even Byron."