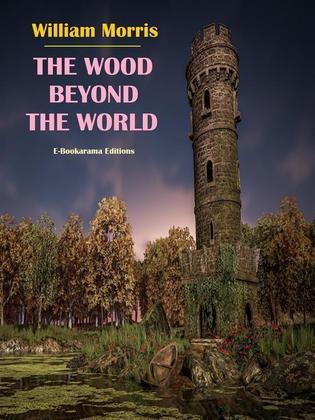 The Wood Beyond the World

First published in 1894, "The Wood Beyond the World" is a fantasy novel by William Morris, perhaps the first modern fantasy writer to unite an imaginary world with the element of the supernatural, and thus the precursor of much of present-day fantasy literature. His use of archaic language has been seen by some modern readers as making his fiction difficult to read, but brings a wonderful atmosphere to the telling.

William Morris is often considered one of the authors who aided in the growth of fantasy, utopian literature, and science fiction. C.S. Lewis cites William Morris as one of his favourite authors and J.R.R. Tolkein admits to being influenced greatly by Morris' fantasies.

The hero of this romance is named Golden Walter, son of Bartholomew Golden, a great merchant in the town of Langton on Holm. Tired of his mundane life, Walter sets out on a sea voyage, anxious to see and learn more of the outside world, eventually winning for himself the kingdom of Stark-Wall and the love of a beautiful maiden.