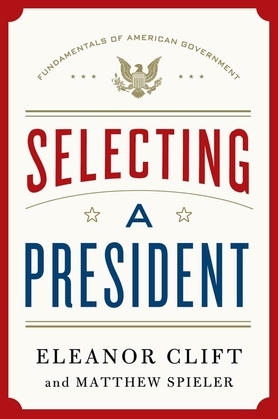 The debut of a brand-new civics series for high school seniors and college freshmen, that clearly, concisely and cleverly explains how the United States elects its president

Selecting a President explains the nuts and bolts of our presidential electoral system while drawing on rich historical anecdotes from past campaigns. Among the world's many democracies, U.S. presidential elections are unique, where presidential contenders embark on a grueling, spectacular two-year journey that begins in Iowa and New Hampshire, and ends at 1600 Pennsylvania Avenue. Modern presidential campaigns are a marked departure from the process envisioned by America's founders. Yet while they've evolved, many of the basic structures of our original electoral system remain in place?even as presidential elections have moved into the modern era with tools like Twitter and Facebook at their disposal?they must still compete in an election governed by rules and mechanisms conceived in the late eighteenth century. In this book, Clift and Spieler demonstrate that presidential campaigns are exciting, hugely important, disillusioning at times but also inspiring.