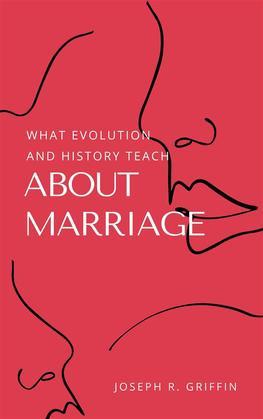 What Evolution and History Teach About Marriage

Humans operate on will, mind, and reason mixed with emotions, instinct, and reflex.

A woman wants babies. I don’t know whether this is emotion or instinct, but men should note that that’s what she wants to do. It doesn’t matter what she says, her basic nature usually comes out in the end. If women didn’t want babies, there wouldn’t be any now that we have birth control.

A man wants to throw a woman on his horse and ride off into sunset, I don’t care if that’s emotion or instinct, it’s a good idea for a woman to note that that’s what he wants to do. He may try to hide his possessiveness, but his basic nature generally comes out in the end, particularly after they’re married and it’s a done deal.

Gender and biology are NOT destiny; some of what I say will sound that way. Gender isn’t quite the same as destiny but it rules in certain matters:

Packed with new view and the latest research out of the esteemed Institute, this first edition of What Evolution and History Teach About Marriage is the definitive guide for anyone who wants their and marriage and relationship to attain its highest potential.