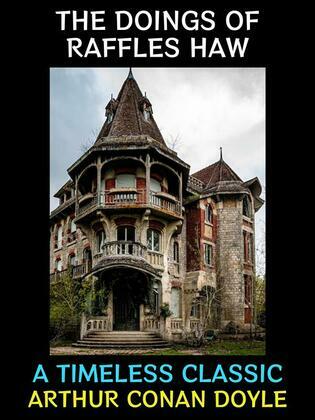 The Doings of Raffles Haw

The Doings of Raffles Haw by Arthur Conan Doyle. Robert McIntyre and his sister Laura have fallen on hard times. Their father has been driven into bankruptcy and near madness and alcoholism by commercial reverses and the death of his wife. The family has retreated to a house in the country, living on a small bequest from other relatives. Changes come with the arrival of Raffles Haw, a new neighbor both exceedingly rich and exceedingly eccentric. His generosity is unquestioned. His motives are another matter. Is Raffles Haw the solution to their problems, or another source of them? Robert and Laura will find out.