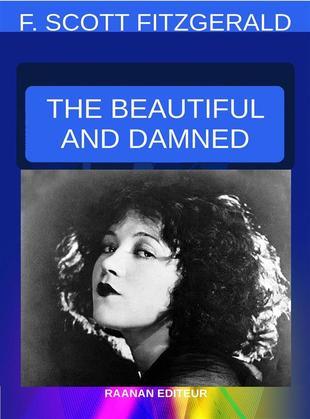 The Beautiful and Damned

The Beautiful and Damned, first published by Scribner's in 1922, is F. Scott Fitzgerald's second novel. It explores and portrays New York café society and the American Eastern elite during the Jazz Age before and after the Great War in the early 1920s. As in his other novels, Fitzgerald's characters in this novel are complex, materialistic and experience significant disruptions in respect to classism, marriage, and intimacy . The work generally is considered to be based on Fitzgerald's relationship and marriage with his wife Zelda Fitzgerald.

The Beautiful and Damned tells the story of Anthony Patch in 1910s New York, a socialite and presumptive heir to a tycoon's fortune; his complicated marriage to Gloria Gilbert ; the couple's troubling experience with wealth and status; his brief service in the Army during World War I ; and Anthony and Gloria's journey through alcoholism and partying. Gloria and Anthony's story deals with the hardships of a relationship, especially when they are each pitted against the other's selfish attitudes. Once the couple's infatuation with each other fades, they begin to see their differences that do more harm than good, as well as leaving each other with some unfulfilled hopes.

Toward the end of the novel, Fitzgerald summarizes the plot and his intentions in writing it, even referring to his own first novel, when a financially successful writer friend tells Anthony:

| "You know these new novels make me tired. My God! Everywhere I go some silly girl asks me if I've read This Side of Paradise. Are our girls really like that? If it's true to life, which I don't believe, the next generation is going to the dogs. I'm sick of all this shoddy realism. I think there's a place for the romanticist in literature"...|