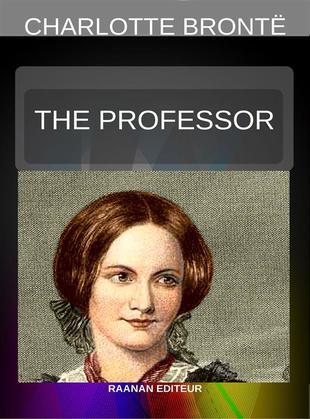 The Professor, A Tale. was the first novel by Charlotte Brontë. It was written before Jane Eyre, but was rejected by many publishing houses. It was eventually published, posthumously, in 1857, with the approval of Charlotte Brontë's widower, Arthur Bell Nicholls, who took on the task of reviewing and editing the text.

| The novel is the story of a young man, William Crimsworth, and is a first-person narrative from his perspective. It describes his maturation, his career as a teacher in Brussels, and his personal relationships.

The story starts with a letter William has sent to his friend Charles, detailing his rejection of his uncle's proposal that he become a clergyman, as well as his first meeting with his rich brother Edward. Seeking work as a tradesman, William is offered the position of a clerk by Edward. However, Edward is jealous of William's education and intelligence, and treats him terribly. Through the actions of the sympathetic Mr Hunsden, William is relieved of his post, but starts a new job at a boys' boarding school in Belgium.

The school is run by the friendly Monsieur Pelet, who treats William kindly and politely. Soon William's merits as a "professor" reach the ears of the headmistress of the neighbouring girls' school. Mademoiselle Reuter offers him a position at her school, which he accepts. Initially captivated by her, William begins to entertain ideas of falling in love with her, but then he overhears her and Monsieur Pelet talking about their upcoming marriage and their deceitful treatment of him...|