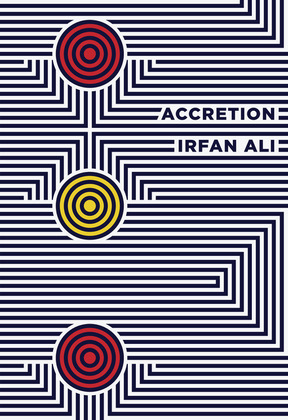 An extraordinary debut set in Toronto, unfurling against the backdrop of an ancient Persian love story. The story of Layla and Majnun, made immortal by the Persian poet Nizami Ganjavi in the 12th century, has been retold thousands of times, in thousands of different ways, throughout literature. Against the backdrop of this story, to the sound-track of modern hip-hop, and amid the struggle of an immigrant family to instill an old faith under new conditions, Irfan Ali's Accretion hurtles towards an unsustainable, "greater madness." Majnun, one of the foundational literary characters who haunt Accretion, is also an Arabic epithet for "possessed." In this tradition, Ali has written a book from the places where the self is no longer the self; places where, in order not to shut down forever, the debris must be cleared, and the soul must inch towards love and hope, "on memory's dusty beams." Accretion is written in a contemporary lyricism that honours ancient poetic traditions. It is a familiar story, imbued with a particularity and honesty that only Irfan Ali could bring to the table.