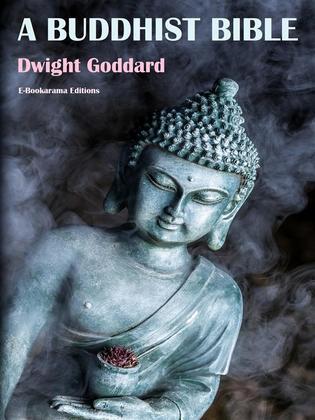 The first edition of "A Buddhist Bible", which was tightly focused on source documents of Zen Buddhism, was self-published in Vermont by Dwight Goddard in 1932.

"A Buddhist Bible" is a wide selection of readings from Pali, Sanskrit, Chinese, Tibetan, and modern sources intended to provide the reader with a foundation in classical Buddhist thought. It is the first book to bring together the key texts of modern Buddhism.

In the last hundred years, the world, especially the West, has increasingly embraced the teachings of Buddhism. A modern Buddhist Bible is the first anthology to bring together the writings from Buddhists, both Eastern and Western, that have redefined Buddhism for our era.

"A Buddhist Bible" has had a huge influence on the growth of Buddhism in the English-speaking world in the 20th century and beyond.