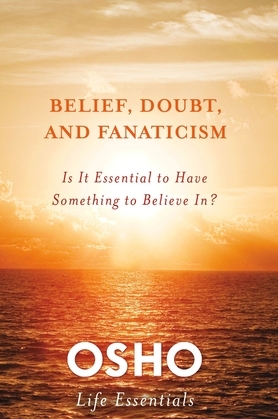 One of the greatest spiritual teachers of the twentieth century addresses the conflicts that arise between people with opposing views and the dangers of losing your individual identity in your desire to belong to a group with shared values.

In Belief, Doubt, and Fanaticism: Is It Essential to Have Something to Believe In?, Osho brings his unique and often surprising perspective to the religious, political, social and economic forces that drive people into opposing camps, fanatical groups, and belief systems that depend on seeing every ?other? as the ?enemy.? As always, the focus is first and foremost on the individual psyche and consciousness, to identify the root causes and hidden demons of our human need to belong and have something to ?believe in.?