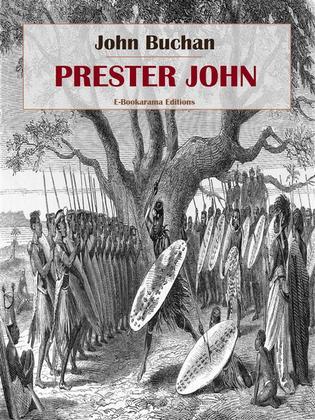 "Prester John" was written as a boys' adventure story set mostly in South Africa. It was published in 1910 when John Buchan was 35. The South African background was based on the two years from 1901 which Buchan spent as a private secretary to Lord Milner, High Commissioner to South Africa and later governor of the Transvaal and Orange Free State.

Although the novel contains observations on relations between blacks and whites, the clash of different cultures and civilisations and the role of imperial paternalism, it needs to be read primarily as a fast-moving novel of adventure in the style of novels by Robert Louis Stevenson and Rider Haggard.

Nineteen-year-old David Crawfurd travels from Scotland to South Africa to work as a storekeeper. On the voyage he encounters again John Laputa, the celebrated Zulu minister, of whom he has strange memories. David had met Laputa some years before in weird circumstances.

In his remote store David finds himself with the key to a massive uprising led by the minister, who has taken the title of the mythical priest-king, Prester John.

David's courage and his understanding of this man take him to the heart of the uprising, a secret cave in the Rooirand.