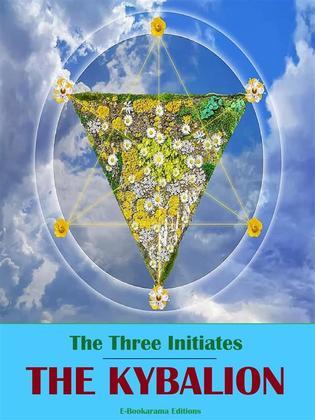 First published by the Yogi Publication Society in 1908, "The Kybalion" is a summary of hermetic philosophy of Ancient Egypt and Greece (a philosophy named for Hermes Trismegistus) by the Three Initiates.

There are seven seed truths contained in "The Kybalion", the Seven Principles of Nature (mentalism, correspondence, vibration, polarity, rhythm, gender, and cause and affect), and these principles explain what Hermetists describe as the art of Mental Transmutation. This may sound like magic, but the hermetic teachings in "The Kybalion" are actually scientific. Most people don’t realize that a set of Universal Laws that apply to all created things even exists. That is what hermetic philosophy is: an explanation of the universal, fundamental principles that determine how reality works. By adopting and mastering these Kybalion principles, you can tap into the divine power of the universe.

"The Kybalion" is one of the more “out there” books you’ll ever come across. In fact, it’s so arcane that the authors aren’t even identified by name. They’re just called the Three Initiates. This is all intentional. One of the first concepts you’ll be introduced to when you begin to read it is the idea that the book has actually come to your attention by design. Only those who are ready for the wisdom conveyed in the book ever discover it. As such, the book is full of arcane teachings in the strict sense, in that they are mysterious and known by few.