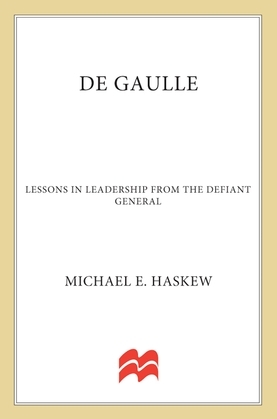 Michael Haskew takes us on a tremendous journey through de Gaulle's pivotal years, his leadership of the resistance, and beyond to understand the man who remade both modern military tactics and global leadership.

Charles de Gaulle once stated, "France has no friends, only interests," and it was this strength of mind and love of country that took the region from an occupied territory during World War II to a leader in the Allied cause. Convinced that his personal destiny and that of his beloved country were intertwined, de Gaulle's life's work was dedicated to advancing its preeminence among nations.

Even while the country lay prostrate before the Nazis, he maintained the honor of the French people, choosing to resist rather than to collaborate. His presidency was no less visionary; under de Gaulle, France became a nuclear power, granted autonomy to more than a dozen of its former colonial holdings, and maintained an influential presence on the world stage.