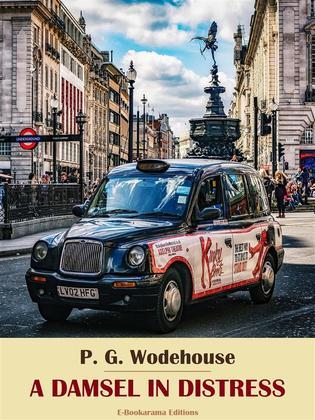 A Damsel in Distress

When Maud Marsh flings herself into George Bevan’s cab in Piccadilly, he starts believing in damsels in distress. George traces his mysterious travelling companion to Belpher Castle, home of Lord Marshmoreton, where things become severely muddled. Maud’s aunt, Lady Caroline Byng, wants Maud to marry Reggie, her stepson. Maud, meanwhile, is known to be in love with an unknown American she met in Wales. So when George turns up speaking American, a nasty case of mistaken identity breaks out. In fact, the scene is set for the perfect Wodehouse comedy of errors.

While "A Damsel In Distress" is a stand-alone novel, it contains all kind of delights typical in Wodehouse literature such as his signature wit, clever turns of phrase, wonderfully silly characters and convoluted plots.