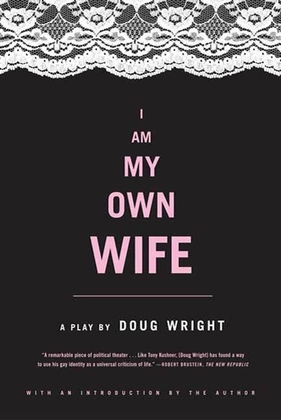 I Am My Own Wife

I Am My Own Wife is the winner of the 2004 Pulitzer Prize for Drama.

From the Obie Award-winning author of Quills comes this acclaimed one-man show, which explores the astonishing true story of Charlotte von Mahlsdorf. A transvestite and celebrated antiques dealer who successfully navigated the two most oppressive regimes of the past century-the Nazis and the Communists--while openly gay and defiantly in drag, von Mahlsdorf was both hailed as a cultural hero and accused of colluding with the Stasi.

In an attempt to discern the truth about Charlotte, Doug Wright has written "at once a vivid portrait of Germany in the second half of the twentieth century, a morally complex tale about what it can take to be a survivor, and an intriguing meditation on everything from the obsession with collecting to the passage of time" (Hedy Weiss, Chicago Sun-Times).