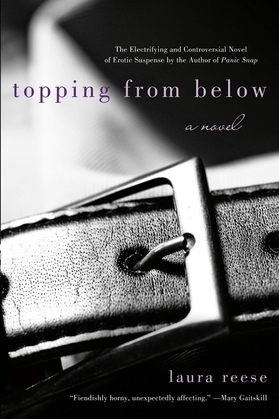 Successful, attractive, and in control, Nora seemed so different from her shy, terribly vulnerable younger sister. Grieving for Franny, Nora reads her diary and is stunned when it reveals a secret sadomasochistic affair with a mysterious professor known only as M. Nora vows to seek justice for the sister she never really knew and undertakes a daring scheme to seduce this lethal and manipulative man in the hope of uncovering information about the murder. Instead, she finds herself in thrall to his bizarre sexual magnetism, trapped in a passion so dark and perverse, and yet so compelling, that she is willing to risk her life. And she is in danger, although it may be from someone much closer to her than M., someone so close she might not see it until it is too late.

With an ending as startling as it is haunting, Topping From Below is unlike any novel you're ever read. Ever.