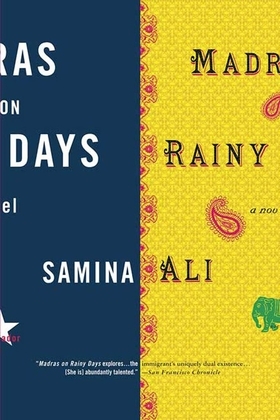 Layla is torn among clashing identities--dutiful Muslim daughter and free, independent American woman. When she is nineteen, her parents inform Layla that a marriage has been arranged for her to an Indian man she doesn't know. A stunned Layla submits reluctantly but not before she commits a dangerous, final act of defiance. In the heat and noise of Hyderabad, as her wedding looms, her behavior becomes more and more erratic. Her mother, fearing demonic possession, takes Layla to a Muslim faith-healer, an alim, hoping to exorcise all traces of rebellion. To Layla's surprise, the ancient and elaborate wedding rituals, her groom's physical beauty, and the unexpectedly warm welcome of her new family fill her with a sense of belonging she has never known before. But her honeymoon in Madras soon reveals the full horror of the devil's bargain she has struck.

Set against the backdrop of the ancient walled city of Hyderabad and mounting Hindu-Muslim tensions, Madras on Rainy Days lyrically evokes the complexities of life behind the chador. A gorgeously written novel by an original new voice in international fiction.