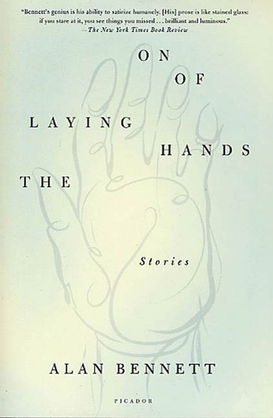 The Laying On of Hands

Three stories in one volume from one of Britain's most admired authors and playwrights. The Laying On Of Hands is Bennett at his inimitable best in this funny, and mischievous satire about a society memorial service for a rather special masseur who has died at a tragically young age in Peru.

In "Father! Father! Burning Bright" Bennett writes with tragicomic insight about a son's vigil at his father's deathbed where their lifelong battle continues to the end. With his pared down and deceptively simple prose style Bennett unflinchingly describes the random thoughts and haphazard conversations of the family members waiting in the hospital as they face life and death.