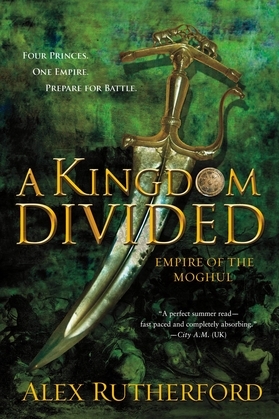 Already an international bestseller, A Kingdom Divided continues the epic story of the Moghuls, one of the most magnificent and violent dynasties in world history.

India, 1530. Humayun, the newly crowned second Moghul emperor, is a fortunate man. His father, Babur, has left him wealth, glory, and an empire that stretches a thousand miles south of the Khyber Pass; he must now build on his legacy, and make the Moghuls worthy of their legendary forebear, Tamburlaine.

But, unbeknownst to him, Humayun is already in grave danger. His half brothers are plotting against him; they doubt that he has the strength, the will, the brutality needed to command the Moghul armies and lead them to still-greater glories. Soon Humayun will be locked in a terrible battle: not only for his crown, not only for his life, but for the existence of the very empire itself.