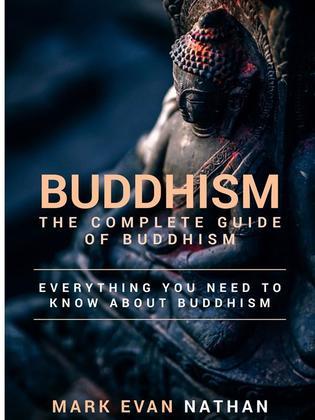 This book is a must read for anyone looking to study up on Buddhism. It covers all aspects of Buddhism and defines what it is in such a way that everyone can understand it. Despite Buddhism being one of the oldest religions in the world, there are many people who still do not understand it. In fact, they misinterpret the teachings so much because they only know what they see in television and movies. These depictions of Buddhism are often wrong and send out the wrong message of what Buddhism actually teaches. In a nutshell, it teaches that suffering is bad, but it is also guaranteed in our physical world. It doesn't matter how rich or poor a person is because they will eventually endure suffering in their life. However, the state of mind you carry with you determines the amount of suffering you will endure. That is where the teachings of Buddha come into play. He will show you that refraining from cheating lying, sexual misconduct, killing and intoxication are the key ways to overcome suffering upon yourself and others.

Buddhism was created by a young prince named Siddhartha Gautama, who later became known as Buddha. He is the central figure of this book because he was the one who created the Buddhist religion in the first place. Even to this day, Buddha is celebrated all over eastern society with big statues in his honor. Despite how godly they make Buddha out to be, he was still just a man. In fact, he was a prince who left his throne and wealth in order to become a wandering preacher that spread his teachings on ending suffering and finding peace. How many rich people in the modern age do you think would leave their wealth behind to become a poor humanitarian? There probably aren't too many, unless they were of the Buddhist faith because Buddhists do not care about monetary gains. Now no one is saying that you have to give away all your money and become a poor Buddhist on the streets. You will learn by reading this book that there are all kinds of Buddhist followers, not just monks and nuns. You can become a lay follower that still lives a life filled with money, sex and material things. Just as long as you are not hurting anybody then you can enjoy all the sensual pleasure that you want. Buddha isn't going to send you to hell for it.