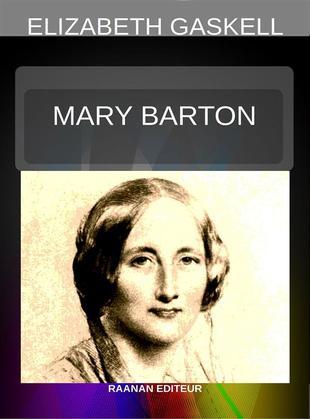 Mary Barton is the first novel by English author Elizabeth Gaskell, published in 1848. The story is set in the English city of Manchester between 1839 and 1842, and deals with the difficulties faced by the Victorian working class. It is subtitled "A Tale of Manchester Life".

The novel begins in Manchester, where we are introduced to the Bartons and the Wilsons, two working-class families. John Barton is a questioner of the distribution of wealth and the relations between rich and poor. Soon his wife dies—he blames it on her grief over the disappearance of her sister Esther. Having already lost his son Tom at a young age, Barton is left to raise his daughter, Mary, alone and now falls into depression and begins to involve himself in the Chartist, trade-union movement...