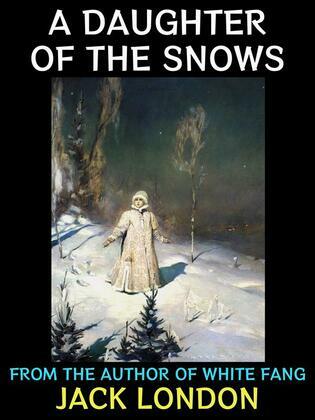 A Daughter of the Snows

A Daughter of the Snows by Jack London. In Jack London's first novel, he tells the story of Frona Welse, a strong and interesting heroine, "a Stanford graduate and physical Valkyrie," who heads to the Yukon gold fields after creating a stir in her hometown by being strong and forthright and by befriending the town's prostitute. In the course of her adventures, she finds herself at the distaff point of a love triangle. This novel contains very overt racial and gender stereotypes and as such reflects the attitudes growing in society at the time it was written.