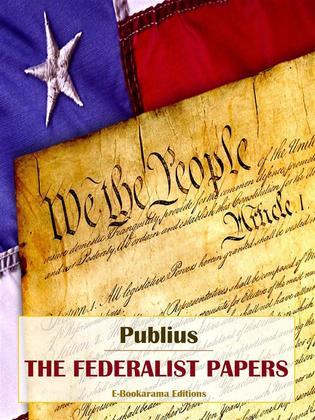 "The Federalist Papers" are a series of 85 essays arguing in support of the United States Constitution. Alexander Hamilton, James Madison, and John Jay were the authors behind the pieces, and the three men wrote collectively under the name of Publius.

Seventy-seven of the essays were published as a series in The Independent Journal, The New York Packet, and The Daily Advertiser between October of 1787 and August 1788. They weren't originally known as the "Federalist Papers," but just "The Federalist." The final 8 were added in after.

"The Federalist Papers" are one of the most important documents in American history. The letters succeeded to play a large role in ratifying the Constitution by teaching the public why the Constitution was needed and what exactly it contained.

"Publius", the name chosen by James Madison, Alexander Hamilton, and John Jay as the author of each of the eighty five essays, honours Publius Valerius Publicola, a Roman consul who was among the founders of the Roman Republic.