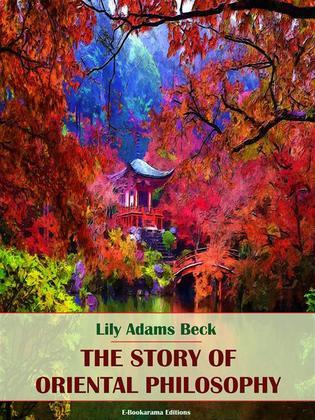 The Story of Oriental Philosophy

Inside these pages can be found the teachings and lore of such notable figures as Buddha, Shankara, Confucius, Lao-Tsu, Mencius and many others. First published in 1928, "The Story of Oriental Philosophy" offers readers insight into such Eastern scriptures as the Tibetan Book of the Dead, the teachings of Zen, and Indian sacred writing. The ancient wisdom of Asia awaits those seeking value in thought and knowledge.

Lily Adams Beck was one of the more well-known and popular novelists and biographers in the 1920s. Beck's fascination with Asian culture and philosophy influenced her to write not only this book but several "oriental fantasies" of her era.